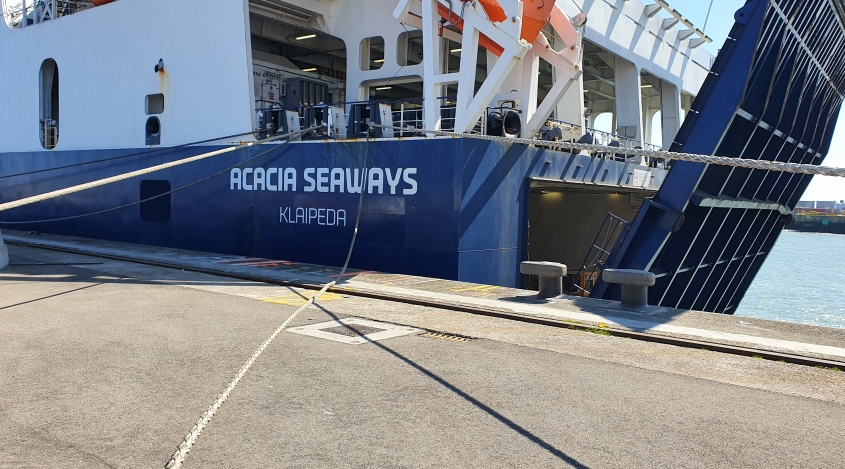 Last week, we sold our ferry ‘Gothia Seaways’ to Luxembourg-based CLdN. At the same time, we acquired the freight ferry ‘Meleq’ from CLdN which we have named Acacia Seaways.

Last Thursday 15 April, we said farewell to Gothia Seaways that was acquired by CldN and will be renamed Maxine. The handover was officially marked at a flag change ceremony where Captain Andrej Oreshko and crew lowered the Lithuanian flag on board Gothia Seaways. Afterwards the new Captain from CLdN raised the Isle of Man flag.

However, the day after a new ferry, Meleq, joined the fleet from CLdN. Meleq is a very well-known class as she is a sister ship to our ferries Gardenia Seaways and Tulipa Seaways. Each is 210m long and has capacity for 262 trailers with a load space of 4,076 metres.

The acquisition was marked with a flag change ceremony where our crew hoisted the Lithuanian flag marking the delivery.

The new ferry was named Acacia Seaways and joins the group of ferries known as the flower vessels which are all built at the German shipyard, Flensburger Schiffbau-Gesellschaft.

Captain Andrej Oreshko and crew lowering the Lithuanian flag on board Gothia Seaways.

During reflagging procedure on board Acacia Seaways.

On board Acacia Seaways with Lithuanian flag and new crew.

Our newest addition to the fleet with new name and home port. 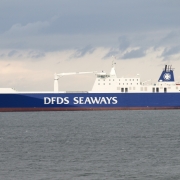 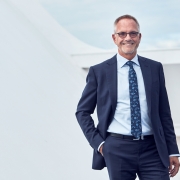 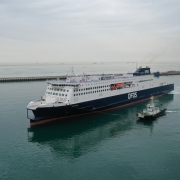 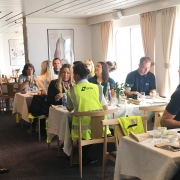 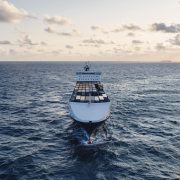