After a five year-charter with Brittany Ferries, Sirena Seaways is back in Klaipėda where she arrived directly from the yard in Gdansk on Thursday last week. Sirena is replacing Liverpool Seaways on the Klaipėda-Karlshamn route where she will sail along with Athena and Patria.

Per-Henrik Persson, Route & Agency Director, says: “I’m very happy to welcome Sirena Seaways back to the Baltic. She fits very well into the network with good cargo and especially passenger capacity where she offers very generous and nice areas. She also has sufficient engine capacity, which will give us more flexibility. I sincerely believe that we, with our new combination of ships, will be able to take new steps and create a nice experience for our customers.”

With the addition of Sirena, we will from this week offer our customers nine weekly return sailings on Klaipėda-Karlshamn route.

Robertas Kogelis, Baltic Onboard Sales Director, adds: “The arrival of Sirena Seaways was highly anticipated in the BU Baltic, as we started preparations and adaptations of the Onboard concepts back in autumn 2019. The convenient public space arrangements enables DFDS to offer our customers enhanced dining and shopping options on two decks. With almost 200 cabins, including a selection for premium cabin upgrades or those travelling with pets, Sirena is the most spacious ferry in BU Baltic for both lorry drivers and regular passengers. There is a a Reading Lounge for those who wish to enjoy a quiet drink or just spend time with their favourite book with the Baltic sea view.” 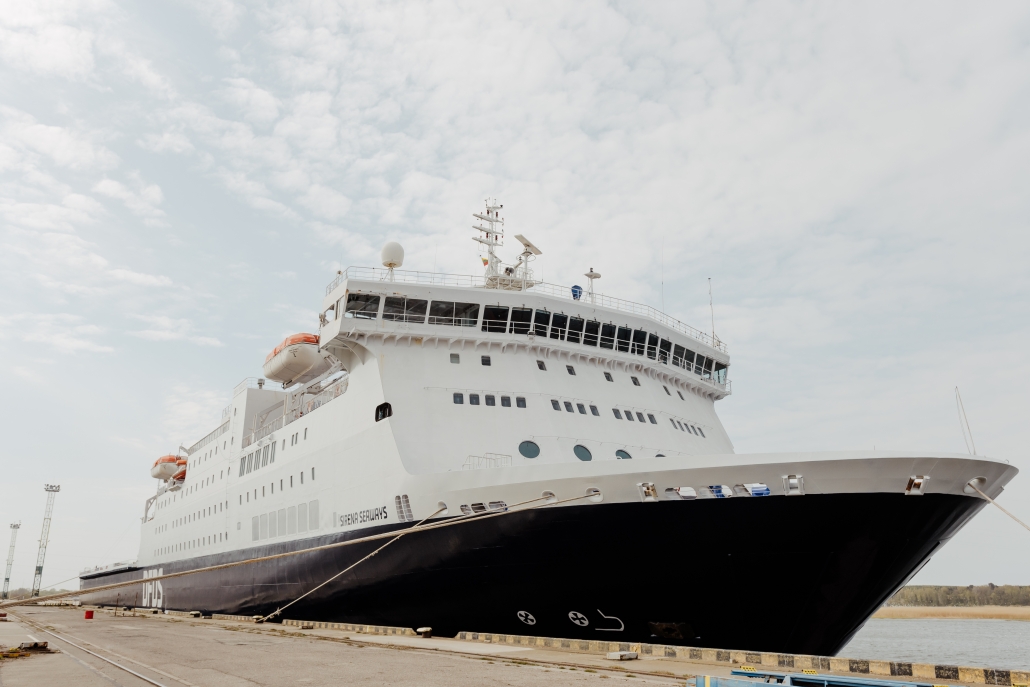 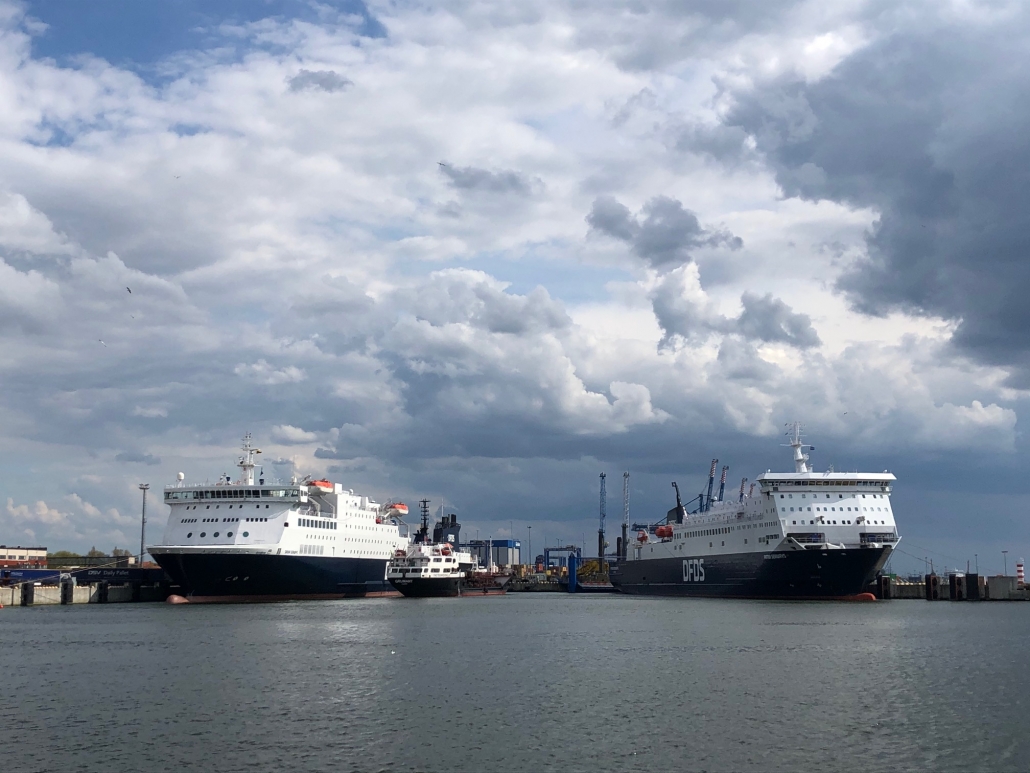 Picture taken on board Sirena Seaways at the Polish Remontowa Shipyard. Thank you to Captain Andrejus Simutis for sharing.

There is simply no place like home. After the end of a 5-year charter agreement with Brittany Ferries, Sirena Seaways will once again be back in business with DFDS after she returns from the drydock with an expected delivery on 10 April.

Yesterday, Sirena Seaways entered drydock at the Remontowa Shipyard in Poland where she will receive a total make-over.

Christian Bagger, Superintendent, says: “When Brittany Ferries took over Sirena, they named and rebranded her MV Baie De Seine as well as reconfiguring after their needs with new fenders and removal of walkways among others.

In drydock, we will revert some of these changes, for example adjusting the weather deck to accommodate more trailers (as originally designed). In addition, the construction crew will sandblast the existing coating off to prepare the surface for a recoating that will reduce the hull’s resistance through water to reduce the needed engine power and fuel consumption. We expect an official delivery on 10 April.”

Sirena Seaways back in 2006. Picture taken by Peter Therkildsen.

The return of an old celebrity
It is a very familiar face returning to us, as Sirena has a long history with DFDS. She is mostly known for her service on the former-DFDS route Esbjerg-Harwich where she started in 2002 and quickly became a beloved part of the journey until the closing of the route in 2015. Afterwards she was set in service on Paldiski – Kapellskar and Karlshamn – Klaipeda before Brittany Ferries chartered her in May 2015.

Sirena will return to a familiar scenery between Karlshamn and Klaipeda.