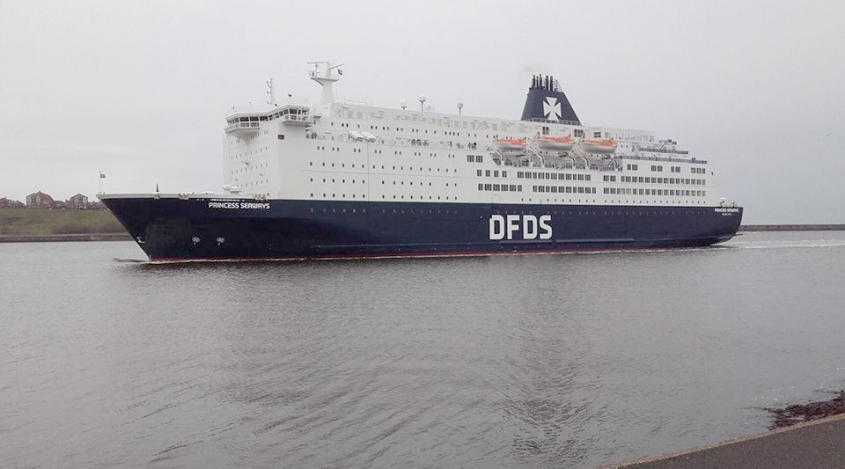 With the introduction of Project Starlight earlier this year, the management of Copenhagen – Oslo and Amsterdam – Newcastle cruise routes were moved to Henrik Holck to ensure maximum focus on the various work streams, not least training and development, which were – and still are – important elements in preparing the routes for future growth.

“This has been a successful project structure. Project Starlight is now so advanced in its progress that the time has come to look beyond the current status of the project and decide on the permanent structure, which can best ensure success for our cruise routes as well as BU Group Passenger. And we all agree that the key to their success is to pay full heed to gains already made and the very different potential in each of the routes instead of automatically putting them in the same basket,” say EVPs Peder Gellert and Henrik Holck.

Therefore it has been decided that:

1: The Oslo – Copenhagen route will continue to be managed by Henrik Holck.

2: The Newcastle – Amsterdam route will be placed under VP Kasper Moos’ UK organisation.

“This structure, which we describe in detail below, will be the best foundation for growing and refining our passenger business and making it an even more exciting place to work,” they say.

1: The Copenhagen – Oslo route will continue to be managed by Henrik Holck

The Copenhagen – Oslo route is to a great extent about leisure, experiences and having a great time at sea or taking advantage of the ships’ unique conference facilities. Therefore, it differs from all other shipping routes due to the fact that the bulk of the revenue is generated by activities on board.

“Delivering true excellence of service has been and is the goal of all Project Starlight work streams that is also about challenging, inspiring and moving people and making them proud of what they do. Therefore, we will continue with all Project Starlight work streams and include training and developments as a key element,” says Henrik, who is heading the division that is responsible for people.

Due to this, the route will continue as part of People & Ships under Henrik Holck, who also has a personal drive for engaging in the route: Besides personal experience with the restaurant environment in Copenhagen, he has a glowing passion for food and developing restaurant concepts.

Kim Heiberg will continue as Route Director with responsibility for the bottom line and managing the operation of the route. He will report to Henrik.

The Business Sales Department – groups and conferences – will continue to be managed by Maria Lentz Greve, who with her staff will move to the Copenhagen – Oslo route organisation and in the future report to Kim. “We only have conference facilities on the Copenhagen – Oslo route and therefore it makes sense to add it to the route structure,” says Kim. “Together, we are already working hard to refine our conference concept, customer offering and internal processes.”

The cruise routes’ central functions that were established with Project Starlight will continue for the Copenhagen – Oslo route only, however at a lower resource scale. With 2/3 of the revenue generated on board, there is a need for dedicated specialists in travel retail, on-board concepts and communication.

2: Newcastle – Amsterdam will be managed by Kasper Moos

“In contrast to Copenhagen – Oslo, the Newcastle – Amsterdam route is primarily about transport to and from the UK. Similar to the Channel routes, it generates 2/3 of its revenues from ticket sales and the route’s services are directed towards the same markets in the UK and on the Continent. Therefore, it makes perfect sense to place the responsibility for the Newcastle – Amsterdam cruise route under the same management as the eastern and western Channel routes. This means that VP Kasper Moos will have management and bottom line responsibility for all routes with passengers to and from the UK,” says Peder Gellert, to whom Kasper reports.

Teun-Wim Leene will continue as Route Director, reporting to Kasper. Teun-Wim will be based in IJmuiden.

The On-Board Sales team in Dover will be strengthened in order to also support the route management on Amsterdam – Newcastle, and we will now prepare the handover of tasks from the On-Board sales team in Copenhagen, says Kasper Moos, VP Channel

“I look very much forward to being able to use our valuable experience from the Channel on the Newcastle – Amsterdam route and vice versa with their experiences. In general, we are attracting the same type of customers who want to get across the sea to the UK or the Continent and have the same requirements for food, shopping and services. This means that there are great potentials for synergies between the routes as regards on-board sales and services,” he says.

Freight sales for the Amsterdam – Newcastle route will continue as today through the freight shipping agency in Rotterdam.

3: BU Group Passenger will focus fully on its agency role

“The original intention of creating BU Group Passenger was to ensure that we focus fully on our role as an agency,” says Peder Gellert.

“In line with the original plan, the organisation will therefore be a classic agency function with a similar relation to all routes,” he says.

This clarifies the responsibility of the BU Group Passenger and the cooperation with the route owners that have the bottom line responsibility and will give our colleagues a clearer understanding of their roles and responsibilities,” says Peder.

“Business-to-business sales will move to the Copenhagen – Oslo route as this is the only route with conference facilities,” says Brian Thorsted Hansen, VP and Head of BU Group Passenger.

“With the clarification of the structure, we now have a clear task. Over the coming years we will focus fully on developing all our natural agency functions such as marketing, sales, distribution, contact centres, revenue management etc. to build competence and excellence so we can provide the routes with second-to-none services and reap the benefits of the synergies that lie in approaching the same markets for various routes,” he says. 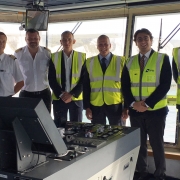 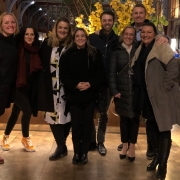 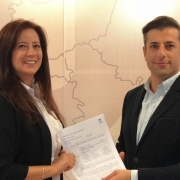 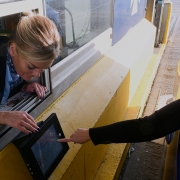 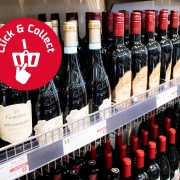 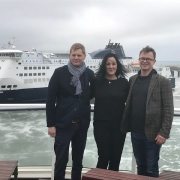 Special Cargo: Time for a change of scenery