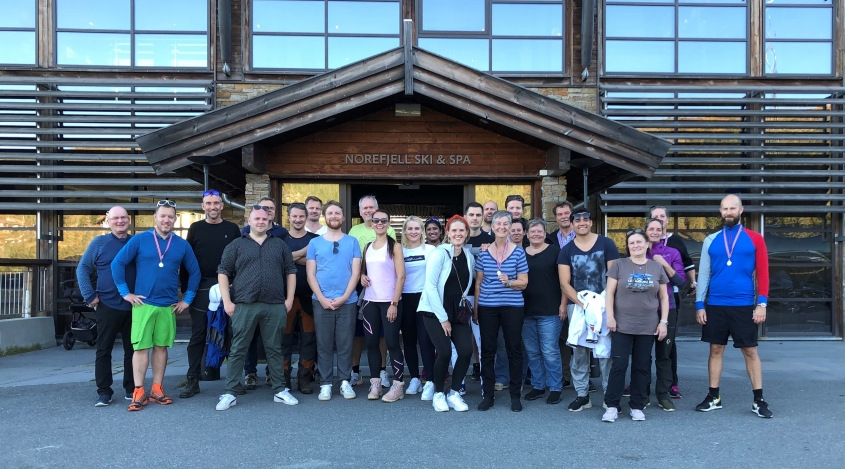 To celebrate the anniversary, Vidar Karlsen invited the logistics staff on a trip to the beautiful Norwegian mountains and, more specifically, to Norefjell where the picture was taken

The editors are not proud of the fact that, despite solid and timely input from Vidar Karlsen, we forgot to mention a Norwegian anniversary that is certainly worth remembering. The company Lys-Line, from which DFDS’ logistics organisation in Norway emerged, celebrated its 50th anniversary in 2019.

The company was founded on 10 October 1969 under the name of Simonsen & Slang, and was re-named Lys-Line AS in 1995. It began with smaller vessels exporting paper and other forest products from Norway, and carrying mostly salt and steel back to Norway. The company grew rapidly, and in 1975 they had a fleet of nine of their own ships, and more than 20 chartered vessels

DFDS acquired 66% of the shares in 2002, and the remainder in 2005. Most of us are familiar with the name of the former Lys-Line from our two sideport ships, Lysblink and Lysvik, that still carry paper and other forest products as a vital part of the business in Norway, where door-to-door services have been added as an increasingly important business.

Congratulations to our Norwegian colleagues, and thank you to Vidar for providing the information and the picture.

DFDS recognised with award at the SCF Forum Europe 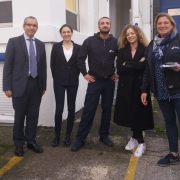 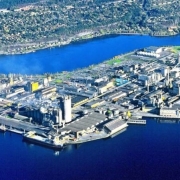 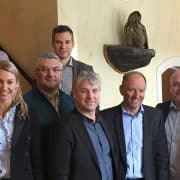 Boosting logistics business in the Baltics 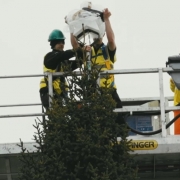 The Christmas journey to Trafalgar Square 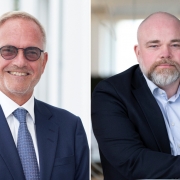 Now is the time to focus on Brexit

Flowers to the crew on board Crown Seaways