Amid loud and prolonged applause, Anna Breen, Freight Commercial Manager Irish Sea North with Stena Line, who sponsored the award, presented him with a beautiful cut glass trophy at a glittering ceremony in front of 650 transport personalities at the Waterfront Hall in Belfast

“Rodney who recently celebrated his 60th Birthday, continues to show the same passion, enthusiasm and commitment to the transport industry as men half his age. His energy and enthusiasm are his trademarks, and always have been since he first entered the industry almost 40 years ago,” the press release about the award stated.

Outside of his work commitments, Rodney is a keen mountain walker and has led several weekend assaults up Northern Ireland’s mountains with his colleagues to raise money for local charities. In May, he embarked on a personal walking marathon in the Pyrenees, proving that you’re never too old!

“Well known within the industry, his very likeable and humorous demeanour has gained him huge respect from customers, colleagues and suppliers, while his work ethos and approach to constantly improving all aspects of the business make him a worthy recipient of Transport Personality of the Year. ” These were some of the arguments for the award. “We couldn’t agree more, and I warmly congratulate Rodney on this highly deserved accolade for his achievements in the transport industry and DFDS. We are all proud of this,” says Allan Bell, VP, BU UK International and Ireland

Eddie Green comments: “I’ve known Rodney for many years and having read the very complimentary comments in the press release can only say “its all true”. Rodney is a great colleague and asset to DFDS.” 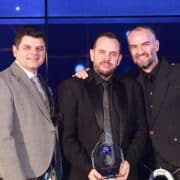 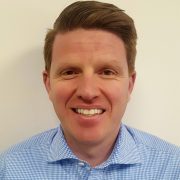 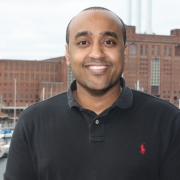 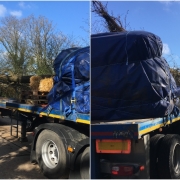 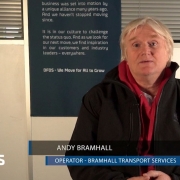 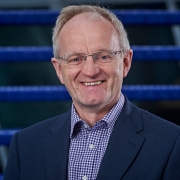