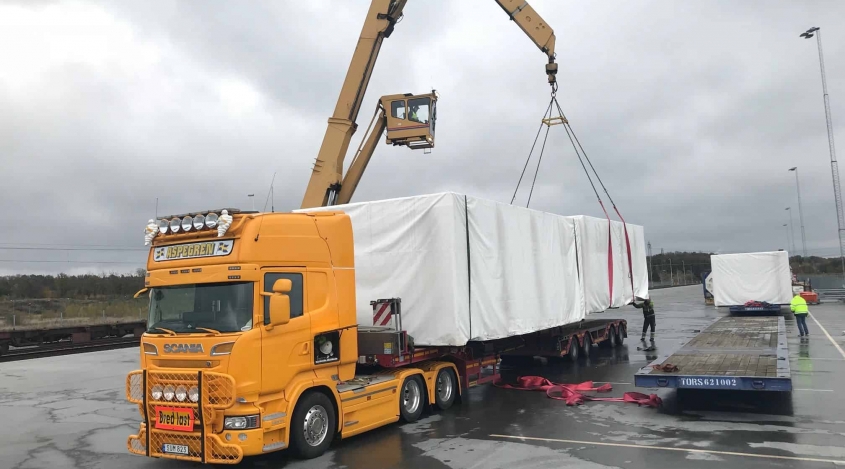 As the map shows, the best offer for transport of these huge modules from St Petersburg to Stockholm can be via Germany, Lithuania and the Port of Karlshamn. 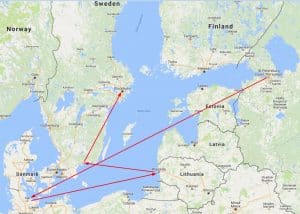 Those of you who remember Monty Python and their surreal world may think the following is of their making: DFDS’ Baltic Shipping Logistics department arranged transport of six oversized modules from St Petersburg to Stockholm – via our three routes: St Petersburg – Kiel, Kiel – Klaipeda and Klaipeda – Karlshamn. Here, the modules were transferred from mafi to trailer for a 550-mile km road transport to Stockholm.

“But it was actually the best offer on the short notice given, as it would be far too costly to reroute ships to other ports – and time did not allow investigating to transport the units to the Port of Paldiski from where we also sail to Sweden,” says Johan Stegerö, freight department manager.

“It all worked out extremely well as it was well executed between the offices in St Petersburg and Karlshamn, and special credit must be given to Dmitry Remezov in Karlshamn for his commitment to the project. Even more importantly, the customer was very pleased with our performance for the first batch and another six modules are already on their way to Karlshamn. We hope to become the customer’s provider of choice for the whole project, which is said to comprise as much as 180 units,” he says.