Today, DFDS, Copenhagen Airports, A.P. Moller – Maersk, DSV Panalpina, SAS and Ørsted informed the press about a unique partnership. The partnership’s vision is to develop a new ground-breaking hydrogen and e-fuel production facility in the Greater Copenhagen area as soon as 2023.

The project will require a large-scale supply of renewable electricity, which could potentially come from offshore wind power produced at Rønne Banke off the island of Bornholm.

When fully scaled-up by 2030, production would potentially be based on a total electrolyser capacity of 1.3 gigawatts, which would likely make it one of the world’s largest facilities of its kind. It could deliver more than 250,000 tonnes of sustainable fuel, which would reduce annual carbon emissions by 850,000 tonnes.

The project is supported by the Municipality of Copenhagen and could supply renewable hydrogen for zero-emission busses, heavy-duty trucks, renewable methanol for ships, and renewable jet fuel for airplanes.

Industrial-scale production to reduce costs
To become competitive with fossil fuels, the production of sustainable fuels will need to be built at industrial scale. For this to happen, governments and industry must come together to create a framework that incentivises private investments in large-scale sustainable fuel production.

The vision is to develop the project in three stages:

The first stage, which could be operational by 2023, comprises a 10MW electrolyser which can produce renewable hydrogen used directly to fuel busses and trucks.

Stage two comprises a 250MW electrolyser facility which could be operational by 2027 when the first offshore wind power from Bornholm could be delivered. This facility would produce renewable methanol for maritime transport and renewable jet-fuel for the aviation sector.

Stage three, which could be operational by 2030 would upgrade the project’s electrolyser capacity to 1.3GW and capture more sustainable CO2, enough to supply more than 250,000 tonnes of sustainable fuels.

“Sustainably produced hydrogen is the fundamental building block, and biggest cost driver of all the zero emission fuels. This project brings the scale that is needed in order to industrialise the production of green hydrogen, and thereby significantly reduce the cost of zero emission fuels for aviation, road transport and shipping. I really believe this is a strong step in the direction of a carbon neutral transport industry,” says Jakob Steffensen, Director of DFDS’ innovation department and DFDS’ member of the project group.

The partnership will now engage in dialogue with the regulatory authorities on the framework and policies needed to support the development of using sustainable fuels at scale in the transport sector in Denmark, and to seek public co-funding to conduct a full feasibility study of the project .

Torben Carlsen says: “The ability to establish a vision of an industrial-scale sustainable fuel production facility is due to the power of partnerships. The cooperation of fuel users and producers along with scientists and society is the fastest way to make sustainable fuels available as realistic alternatives to the fossil fuels we combust in our vehicles and vessels today. I hope that this partnership and our project will help us reach our goal of operating zero-emission ferries and trucks much faster than we had originally anticipated.” 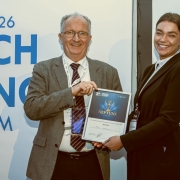 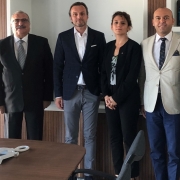 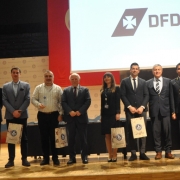 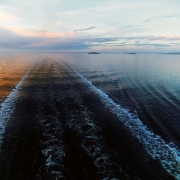 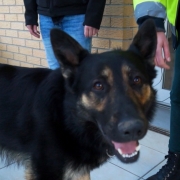 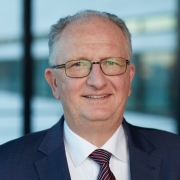