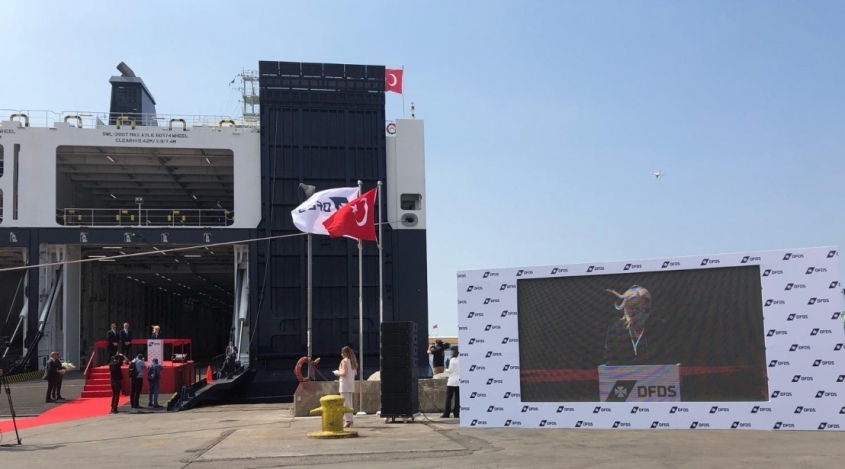 This video of the naming was kindly recorded and sent to us by Emil Hausgaard. We hope to receive more pictures and videos later.

Following a change to the Turkish flag yesterday, our second Jinling vessel was named Troy Seaways at a festive ceremony in the Pendik Terminal today.

DFDS’ new vessel is similar to the 237-meter-long “Ephesus Seaways” and thus one of the two largest freight ferries in the Mediterranean.  The naming ceremony was hosted by Peder Gellert Pedersen, Executive Vice President of the Ferry Division, and Selçuk Boztepe, Senior Vice President of BU Med.

Among the many guests from customers, media, partners and other stakeholders were name sponsor Mine Sahillioğlu who is the wife of Garip Sahillioğlu, chairman of Mars Lojistik A.Ş, a customer of DFDS’ Mediterranean services.

She was introduced by Selçuk Boztepe, Senior Vice President of BU Med. who also said: “With Troy Seaways, we are proud to continue our tradition of naming our vessels after the UNESCO cultural heritage sites in Turkey. Troy Seaways will further strengthen DFDS’s ferry operations on the Mediterranean route. We hope that this significant investment will have a positive impact on DFDS customers’ operations and Turkey’s exports, just as in the legend of Troy.” 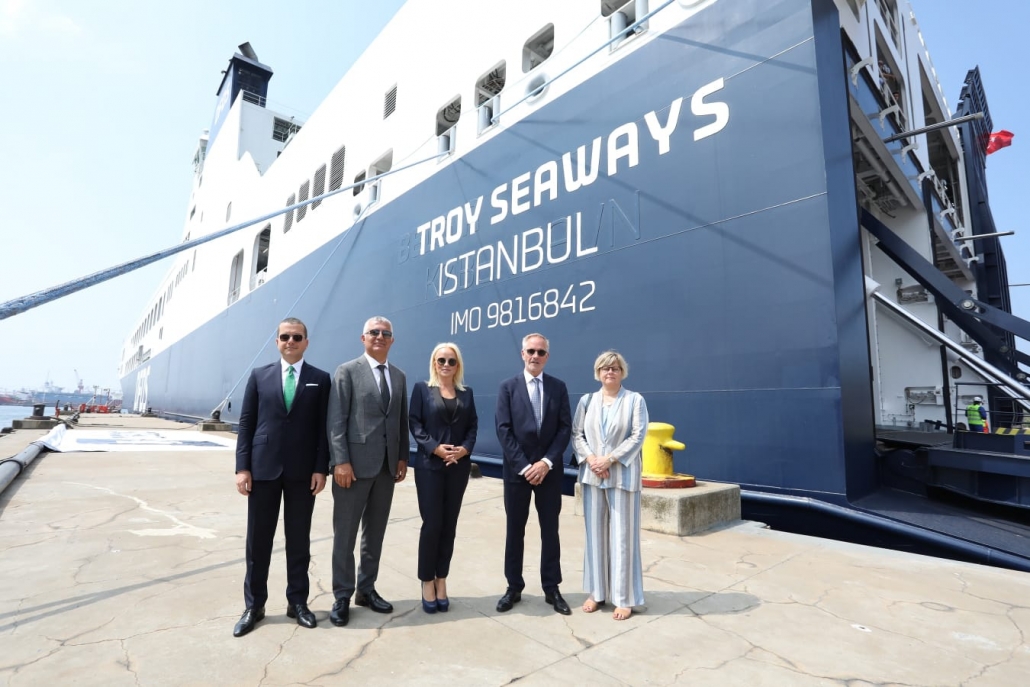 In his lunch speech to the name sponsor, Peder Gellert Pedersen said: “Troy Seaways is now the newest ship in our fleet and a strong symbol of the world today characterised by technology, efficiency and international trade. However, the name you have given it is from ancient history, and this beautiful meeting between old and new is very meaningful for a ship that will sail the same waters and trade in the same places as ships traded thousands of years ago.”

He added: “It is difficult to predict what history will say about our time and this event, but I hope and believe it will manifest as something great in our time. That the freight ferry you have just named will contribute to growth in trade between Turkey and the EU to the benefit of our Turkish logistics customers, the Turkish industry and employment – and that this will also be the case in the EU countries with which we are trading.”

“The ancient name is hopefully also a symbol of resilience. Symbolising that we will be strong enough to withstand the risk of new barriers for trade caused by economic downturns, Brexit or risk of global trade wars, and that we can make our business prosper in the long term and thus earn our right to carry this ancient name across the sea. The ship you have just named is very well fitted for this task. It can carry as many as 450 trailers, making it one of the biggest in the world of its kind. It is also so well designed that it can be loaded and discharged in a few hours, making it one of the most efficient of its time.  And it is due to its size and modern equipment reducing its emissions to the environment per transported trailer significantly, making it one of the most sustainable ones.”

See the pictures in the gallery of participants and crew members from the change of flag that took place in Pendik on Wednesday 12 June at 16:00 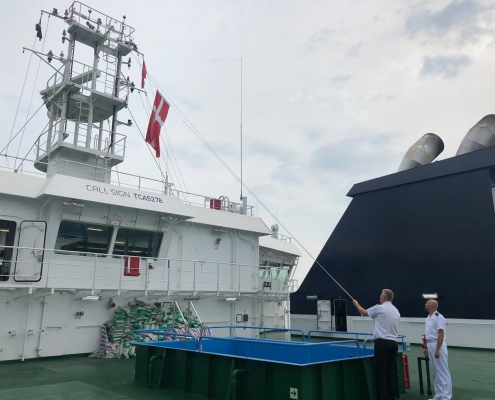 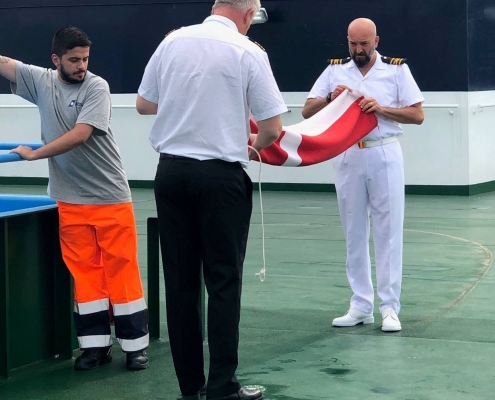 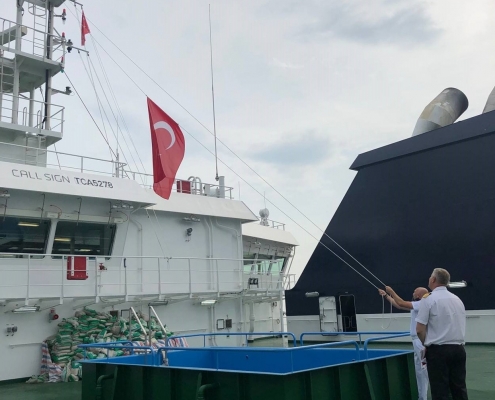 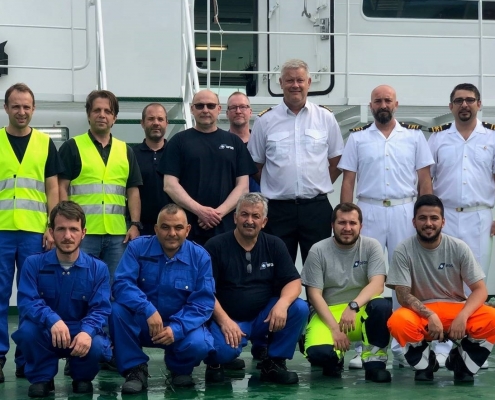 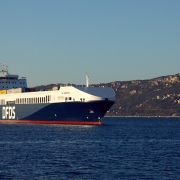 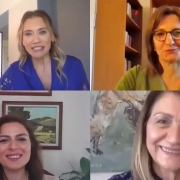 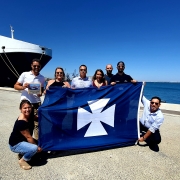 BU Med: One year with Sète 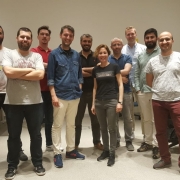 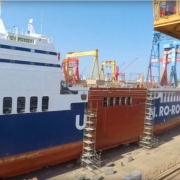