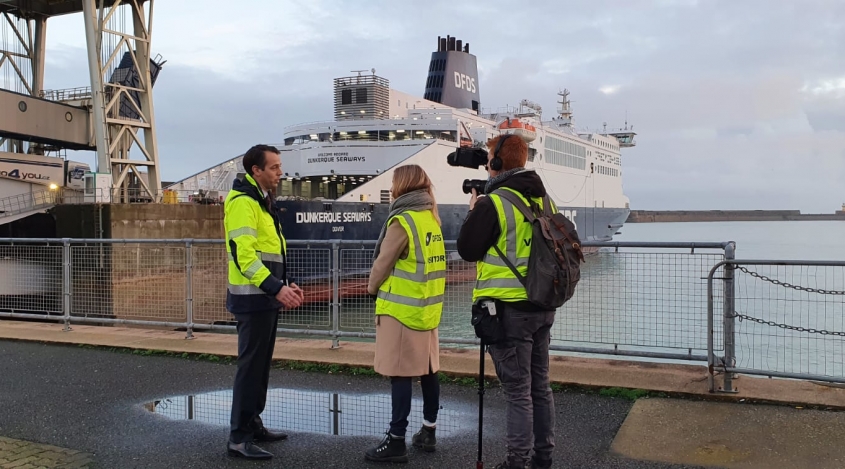 Sunday was the official deadline for a post-Brexit trade agreement between the UK and EU. No deal was made, and negotiations continue. Time is running out and the media is growing increasingly interested in how affected companies intend to deal with the onslaught of new rules, regulations and customs processes that are the consequence of the UK no longer being part of the EU.

Sunday was the official deadline for the EU and UK reaching an agreement on a post-Brexit trade deal. Even though negotiations still continue, the transition period runs out on 31 December, whether or not a trade deal with the EU is made in the next 16 days.

This is causing companies to build stocks and media to report about it to an extent we haven’t seen before. In addition to previous interviews with Morgan Olausson in Gothenburg and Chris Parker and Andrew Byrne in the UK, Torben Carlsen was recently interviewed by Danish TV2 Business and national newspapers in Denmark. Head of Central Customer and Operational Services UK & NL Lucien Stötefalk has been featured in Dutch national media and Head of our BU Channel Filip Hermann was on the Sunday evening news and radio in Denmark, to name a few.

The media is showing a particular interest in Dover because it is where most imported goods move into the UK. It’s a Brexit crunch point and delays or interruptions have vast consequences. 1,2 million trucks travel via Dover on our ships every year and export and import companies are currently stockpiling goods in fear of the import duties and delivery delays that will follow a no-deal Brexit scenario. At DFDS, we have been preparing for a worst-case scenario since 2016 – that there won’t be a trade deal – and are as ready as we can be to help customers keep their goods flowing also after 1 January. We expect an even greater media interest in the next few weeks.

Shows the intense lorry traffic in Dover right now, just a couple of weeks before the end of the transition period.

DFDS’ Filip Hermann on customers stockpiling ahead of Brexit, at 04:44